The Bensen Days Event is named in honor of Igor Bensen, an engineer who was arguably the father of the modern gyroplane and inventor/designer of the “Gyrocopter,” his tradename for the aircraft. While the gyroplane, or autogyro, was invented by Juan de la Cierva in 1923, Bensen took as inspiration German U-boat tow-behind gyroplanes from World War II and created an “every man’s flying machine” in the 1950s, spawning worldwide interest and what has evolved into today’s gyroplane or autogyro. Igor Bensen has himself been an honored guest at the Bensen Days Event on occasion, prior to his passing in 2000.

Each year, the Bensen Days Event Team puts forth a great effort in producing the Event. Its goal is to promote rotorcraft education, safety, and comradery. By providing a framework wherein vendors, builders, pilots, and the public can gather and make exchanges, the goal will hopefully be achieved over time. Thus the ultimate goal of the Event is to once and for all eliminate the phrase, “Gyroplanes…The best-kept secret in aviation.”

Bensen Days have always been primarily a gyroplane event. However, since many enthusiasts either aspire to helicopter flying or are current or former helicopter pilots, both disciplines are common at the event. There are many principles in common between all the varieties of rotorcraft. It is also not uncommon to see powered parachutes, trikes, and a variety of other Experimental Aircraft at the Event. Fascination with aviation has no real boundaries.

Wauchula, Florida has been the “home” of Bensen Days for many years. It has always been a “Florida” event but has also been hosted in Immokalee and Okochoobee City airports. More information on the history of the event is available on the Event History page. 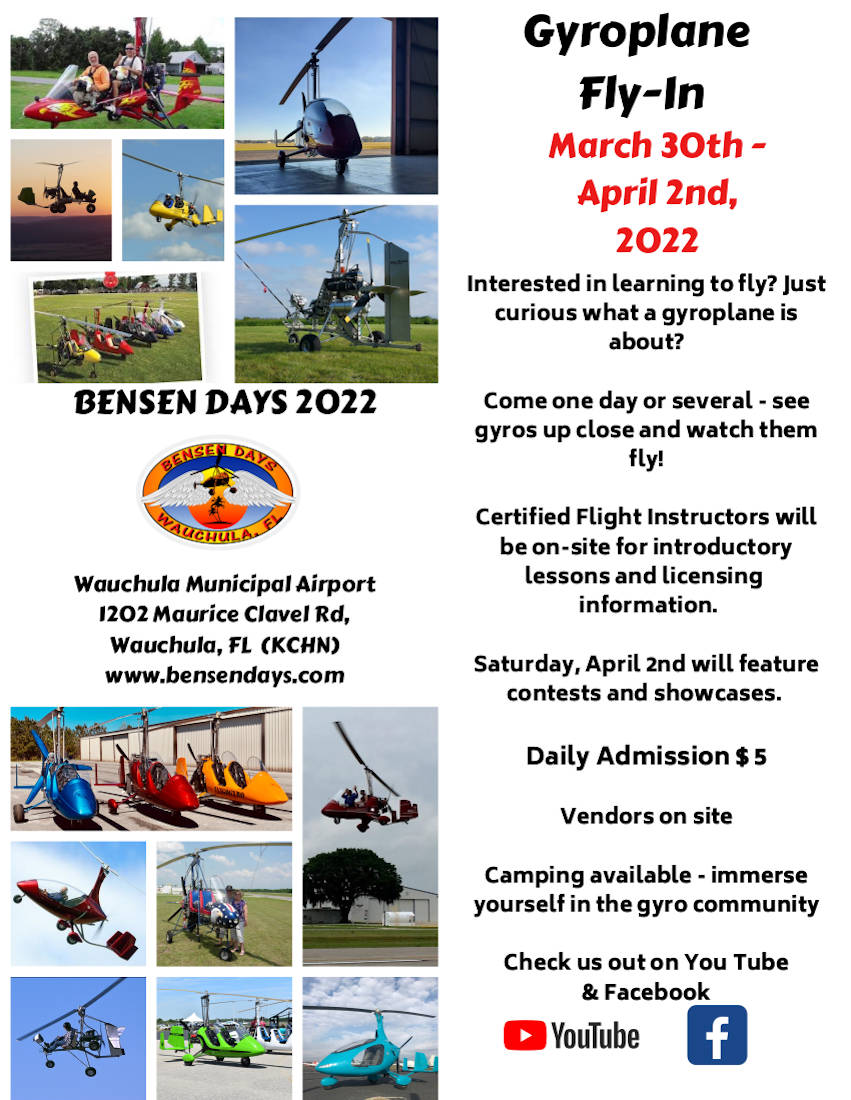