The Federal Aviation Administration (FAA) uses the terms “gyroplane” and “autogyro” to describe rotorcraft with a rotor system driven by the air passing through the rotors due to forward motion (like a pinwheel) rather than by an engine, as with a helicopter. “Gyrocopter” was the brand name used by Igor Bensen for his popular gyroplane/autogyro design. Therefore, every Gyrocopter was an autogyro or gyroplane, but not every gyroplane or autogyro is a Gyrocopter. This distinction may become clearer if you remember that not every automobile is a Ford, yet every Ford or Chevrolet is an automobile.

The Beginnings
The Autogyro was invented in 1923 in Spain by Juan de la Cierva. Early versions used airplane bodies with a free-spinning rotor, driven only by wind from forward motion for lift. Cierva’s great innovation, making rotorcraft possible, was the invention of hinged rotor systems, solving the problem of dissymmetry of lift that plagued previous rotor-wing attempts at flight and generally resulted in the aircraft flipping over as soon as it began to move.

Autogyros were used by the Japanese, Germans and British during WWII with limited success, but were soon overshadowed by the invention of the helicopter. The helicopter was seen as superior for its ability to hover and its lack of a runway requirement. The autogyro requires a short runway for takeoff and though it can move very slowly, it cannot actually hover.

The Genesis of the Modern Gyroplane
Igor Bensen is considered the father of the modern autogyro/gyroplane. After WWII, he became interested in the small, portable, two-behind gyroplanes carried inside German U-boats for observation purposes. His keen engineering skills, coupled with a knowledge of the availability of post-war surplus engines yielded the “Bensen Gyrocopter.” This was to be an “every man’s” flying machine that could be assembled with ordinary hand tools for a very low cost and allow safe, economical flight to all who were interested in aviation. Even today, most of the gyroplanes in operation bear some resemblance or have components similar to the original Bensen design. Hundreds of Bensen Gyrocopters still exist today and a great many still fly regularly.

Today’s modern gyroplane is changing to meet the needs and desires of the aviation public. Many are purpose-built for law enforcement or crop and livestock maintenance, while others are styled to meet the market for lower operational costs in aviation. While gyroplanes still cannot hover, they can operate much more cost-effectively than a helicopter in most cases. 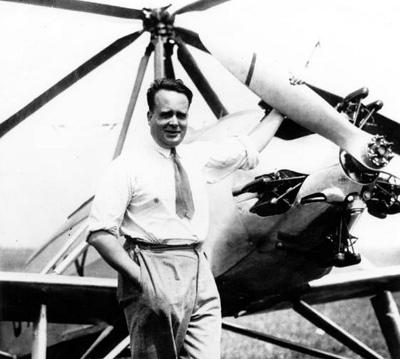 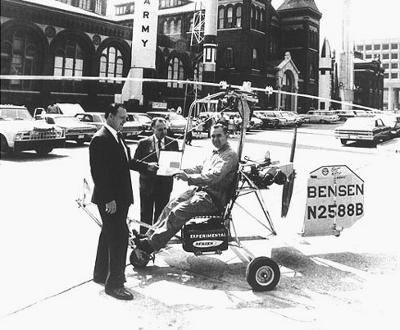 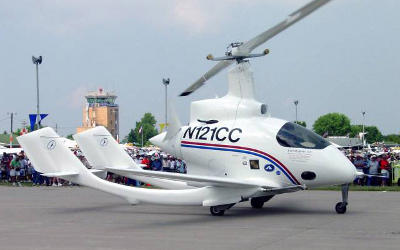 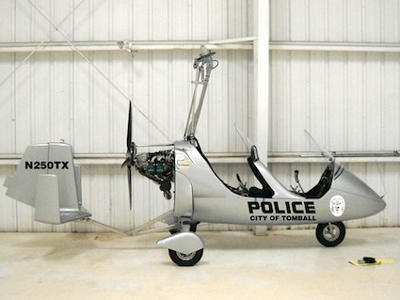